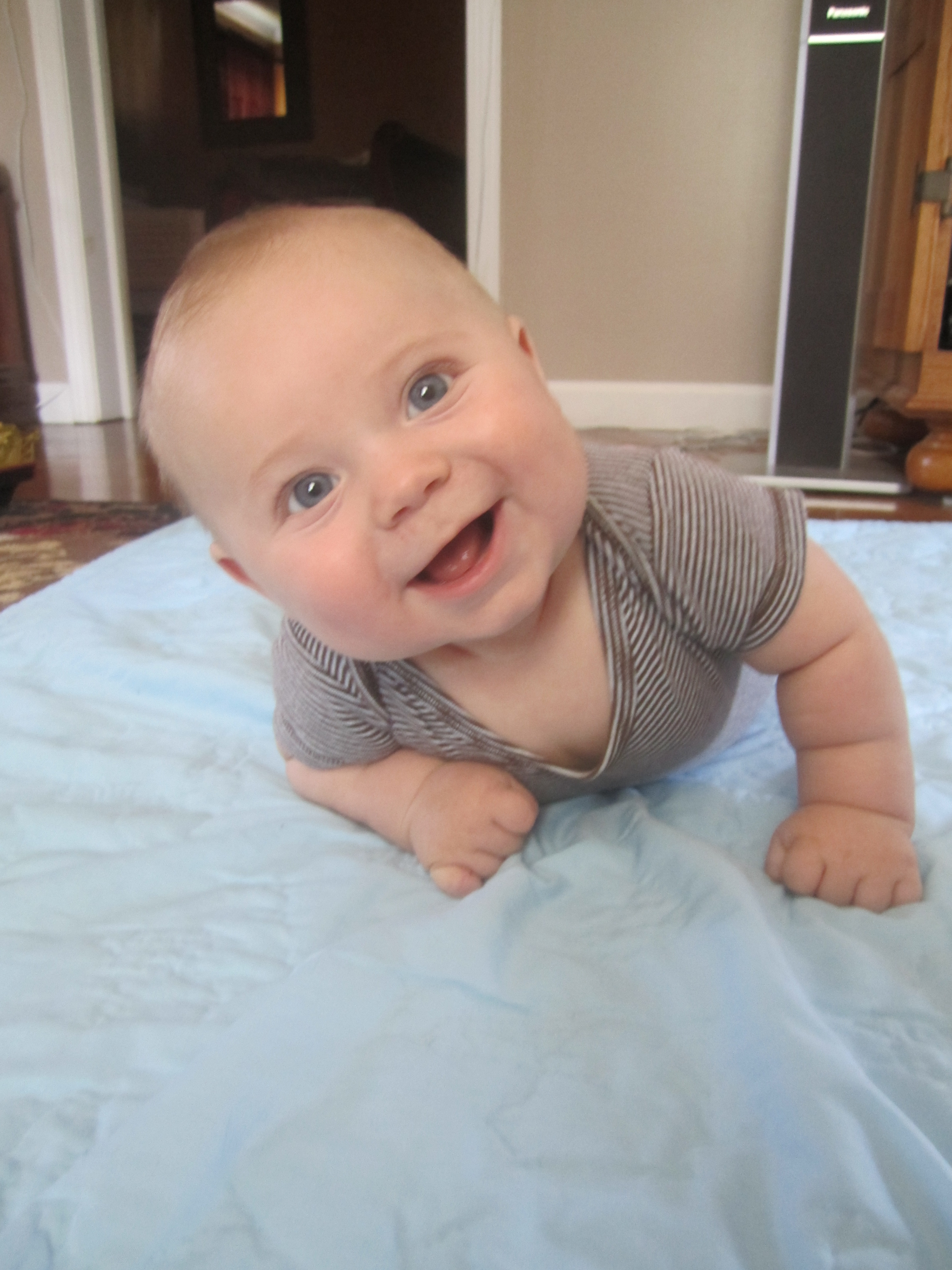 I swear. Whenever you brag about something, fate comes in and swoops it out from under you. My precious four-month old, Case, was the epitome of a good sleeper. At two and three months old, he would wake once around 2:00 am, nurse, then easily fall into infant slumber until 6:00 am or so. With a furrowed brow, people would ask, “Is he sleeping through the night yet?” And I would say, beaming as the words came out, “Almost! He’s a great little sleeper. He wakes up one time then easily falls back asleep.”

Now, one month later, I’m bleary- eyed and exhausted. He’s waking up four times a night, and sometimes it takes thirty minutes to get him back to sleep. I’ve read all the literature and accepted all of the advice. Let him fuss it out, just go in an sh-sh him, put his paci back in, put him on his belly, start feeding him cereal, put him in the bed with you, blah, blah, blah. None of it’s working.

I think it would be easier to train an Olympian than sleep train a baby. It’s unbearable to hear him cry in the wee hours of the  night.  He looks up at us like “What? I just wanted to see if you would rush to my bedside when I cried out.” I keep telling the bags under my eyes that this is just a phase. I know this to be true because my three-year old did the exact same thing. Now he sleeps like a log and is getting older by the minute.

Even though I’m bone-tired, I’m not mad or upset because I know how fast the time flies and before I know it, I’ll be sleepless and bleary-eyed from worrying where they are at  night and what they’re doing. At least now, I can pick him up in the middle of the night and know that I’m the only thing in the world he’s looking to for comfort. And that’s a pretty cool thing.