Unless you’ve been in a hole or a cave for the past several months (which I hope you haven’t), you probably know the solar eclipse is happening on August 21, 2017. For those in the contiguous U.S., this is the first total solar eclipse in 38 years. There’s something called the “path of totality” which is a stretch of land about 70 miles wide running from Oregon to South Carolina.

I live in Western North Carolina which is nestled in the path of totality, so it’s not surprising everyone around here is talking about where they’ll be and what they’ll be doing on August 21. In fact, droves of people are driving to my area so they can see the total eclipse, as opposed to merely a partial eclipse. Many folks are having solar eclipse parties and events, so on the blog today, I offer a few tips to make your eclipse party out of this world. 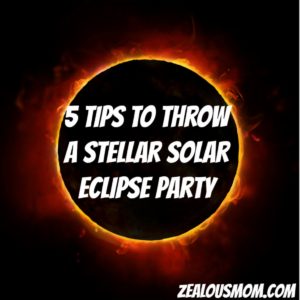 1). Play galactic tunes: As a huge fan of music, I made this tip numero uno. Let’s be honest, what’s a party without great music? I’m sure there are tons of songs out there about stars, moons, comets and other components of the solar system, but below are a few of my favorite.

Fly Me to the Moon by Frank Sinatra

Total Eclipse of the Heart by Bonnie Tyler

Walking on Sunshine by Katrina and the Waves

Man on the Moon by REM

2). Acquire some celestial shades: Eclipse glasses differ from regular glasses in that they filter out 100% of harmful ultra-violet, 100% of harmful infrared, and 99.999% of intense visible light. Staring directly at the sun for any amount of time is terrible for our eyes, and even if you’re in the path of totality, you should use glasses until the moon completely blocks the sun’s rays. There’s only a brief moment of totality when no glasses would be needed. Below is a helpful graphic from NASA.

3). Drink cosmic cocktails and mocktails: Kind of like with the music, a fun party needs a fun cocktail or mocktail. People have gotten really creative with these on Pinterest, so I created a Pinterest board where you can get details and recipes if you’re interested. And if you’re more of a beer drinker, why not grab some Blue Moon? 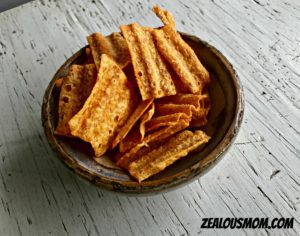 *Use solar system cookie cutters to make all kinds of fun star-shaped, planet-shaped or astronaut-shaped goodies.

Below are some fun recipes I found on Pinterest.

This is truly a once-in-a-lifetime opportunity. According to the website timeanddate.com, “What makes this eclipse extra special is that it is the first time since the total solar eclipse of January 11, 1880 that a total solar eclipse will occur exclusively over the continental United States—no other country will see totality, though many countries will see a partial eclipse of the Sun.”

And here are some other fun facts:

This is going to be such a cool experience. So, wherever you are and whatever you’re doing, enjoy the show!