Now that Labor Day has come and gone, I thought I would self-reflect on my 2014 Summer Bucket List. Because of a crazy winter, we had a short summer, though I’m still not sure if summer ended when our local school system started back or when Labor Day arrived. What do you guys think? Creating the Summer Bucket List was loads of fun, even if I failed miserably at some of them. Further, it’s always important to self-reflect so you can learn about yourself and change/tweak things for next time.

1). Read Five Books (at least): I love, love to read but never make it a priority. It’s so frustrating. Once I finish one good book, I can’t wait to read the next. It’s rather addictive, as all readers know. I just need to get going with the first book. I’ve got the first three lined up: Insurgent by Veronica Roth (already on pg. 75), Looking for Alaska by John Green, and The Two Week Wait by Sarah Rayner. Any suggestions for the other two?

I didn’t quite make it to five, but I was excited about reading 3 1/2 books. Part of this is my fault. Two of the books I chose (Insurgent and Forever) are very long. I could have easily read five Berenstain Bears books and checked off this task, but I didn’t want to cheat. All four of these books are amazing if you’re looking for your next read. 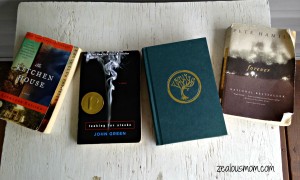 2). DIY Beauty Product: I’ve pinned several homemade beauty products lately, such as face scrubs or toners. I want to at least make one this summer and see how well it works.

I did make one DIY beauty product, and I’ve been using it all summer. I made toner which is obnoxiously easy to do. You combine 2/3 organic, raw, unpasteurized apple cider vinegar with 1/3 water and shake. Seriously, that’s all you do. I had an old Burt’s Bees toner container that I had saved, and I poured my new toner right in. Apple cider vinegar is known for its healing and anti-inflammatory properties. So far, it’s working as well as OTC toner, and I like knowing it’s completely all natural. On another note, the smell is horrendous, so warn your hubs or whoever sleeps with you at night.

3). Story Time at the Library (at least twice): I know this should be a no-brainer and not a bucket list item, but somehow the boys and I made it the entire summer last year without going to story time at the library Huh??? We checked out our own books but never took advantage of story time. I think I was inadvertently avoiding it because I knew the toddler wouldn’t sit still, but this year, I have faith in him. I think he can do it.

One would think going to the library shouldn’t be such a great task, but then that “one” may not have a two-year old. I still have visions of my boys and I sitting in a cozy library corner getting lost in beautifully-illustrated picture books, but that time has not yet come. We did go to story time once, and it was really fun. So I halfway accomplished this goal.

4). Travel to Dollywood (at least twice): We have season passes to Dollywood and even if we only use them twice, we get our money back, but it would be nice to use them a lot since we have them. Last year I think we went four or five times throughout the entire year with only one of those being during the summer.

I am stoked about this one. We went to Dollywood three times this summer, and all three times were a blast, even the last time which took place during a monsoon. Twice we went with friends of ours which was something different we hadn’t done in the past, but will definitely be doing again. 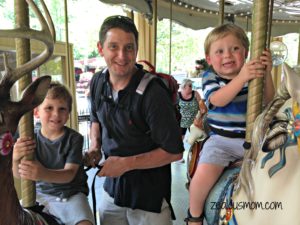 5). Go Fishing: I can’t remember the last time I went fishing. I want to go fishing. With three boys in the house, I need to know how to fish, at least remotely.

This one didn’t happen at all. No one in our family went fishing, in fact. I did, however, enjoy looking at pictures on Facebook when my sister and brother-in-law went fishing.

6). Kid Date to a Middle Eastern Restaurant: I love Middle Eastern food, and we have several delicious Middle Eastern restaurants in neighboring Asheville, so I want to take my five-year old on a date one day and introduce him to some delicious cuisine from a different culture.

I’m really bummed about not going to the Middle Eastern restaurant because I was looking forward to introducing Brooks, our five-year old, to a new cuisine and culture. We didn’t go to the restaurant I wanted, but we did have a fun kid date one day. We went to an old-fashioned  soda shop in a neighboring town, sat at the counter, and had great conversations about juke boxes, poodle skirts, tin roofs, and root beer floats, so this one’s not a total wash. Learning and fun did happen!

7). Visit a Nearby Small Town: There are a number of cute little small towns around here. I would like to take the boys to one they’ve never been to or at least one they don’t remember going to. Some options are Brevard, Mars Hill, and Saluda. Just thought I would share those for any local readers.

We went to several nearby small towns, but none of them were NEW to our boys, so I guess, technically, I failed at this one.

8). Run on the Beach at Sunrise: I love running and I love watching the sun rise over the water, so I’ve decided it would be fun to be running on the beach when the sun rises. We’re traveling to the beach this year with my husband’s entire family, and we’re super excited. It’s going to be hard to motivate myself to get out of the quiet house that early and run, but I think the end result will be well worth it.

Oooooh…I did this! It was so beautiful that morning. The sun didn’t rise until about 6:20, and considering I wake up at 5:00 am every day at home, it really didn’t feel that early. Further, I couldn’t quite believe the massive number of people walking, running, and drinking coffee on the beach at sunrise. I will be doing this again next year. 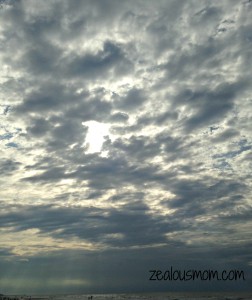 9). Lunch/Brunch with Mom: My mom and I used to go out together alone once or twice a month. We would see movies our husbands wouldn’t want to see or sit at brunch and enjoy a mimosa. We would walk around the mall and shop or sit outside and dine at a sidewalk cafe. Since the little monkeys were born, we are typically using her as a baby-sitter or the entire family goes out together. I’ve decided it’s time she and I had some alone time this summer.

Yay! This one happened, though not as much as I wanted. My mom and I went to brunch one day and then did a little shopping. It was super fun, but I wish we could do it much more often. She, my sister, and I also had a girls’ night out when we were in DC this summer, so that was really special as well. At least I see her all of the time, even it the two little monkeys are with us. I need to plan an outing for her and I real soon.

10). Run Two Races: I started entering races/runs back in February. The last one was in April, so it’s soon time for another. I think I should be able to at least fit in two races this summer. We have a million going on around here; I just need to find a couple that fit with our schedule. I always love it once it’s over!

In my defense, I did not get new running shoes until August, and my old ones almost have a hole in them. Why I did not get new shoes before then, I do not know. In regard to this one, I only ran one race and it was a family race, but it was awesome. Brooks and I held hands the entire time while my husband pushed the toddler and his little friend in the double jogging stroller. I’m gearing up for a real race in the coming months, but I do feel a little lame that during the entire summer, I didn’t run an actual race. Sigh… 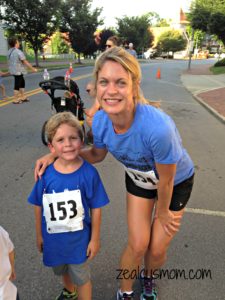 11). Watch Two Classic Movies: Again, you would think this wouldn’t need to be added to a bucket list, but my husband and I haven’t sat down and watched a movie in ages. He nor I have seen nearly enough classic movies. I have only seen pieces of both Casablanca and Breakfast at Tiffany’s, so those are two I’m thinking about. I’m open to options, though. Anyone suggest a classic movie they just adore?

We did not do this. We tried one time by going to the movie store (yes, an old school movie store), but they only had Breakfast at Tiffany’s on VHS and we never tried to find it another way. We did, however, become completely obsessed with Dexter and watched four straight seasons. In essence, we accomplished the opposite of this one. Instead of watching classic romantic films, we watched a series about a serial killer, but he’s a nice serial killer and only harms evil people.

12). Do for Others: I really want to give back this summer. I’m not sure if that means working at our local soup kitchen with my preschooler or volunteering somewhere, but something… We have many opportunities to give back in our small town. It’s so fulfilling to help others, and it’s been a while since my family has done something meaningful. It seems like we do a lot around the holidays then fall off the band wagon. It’s time to hop back on.

This one really weighed on me this summer. I accomplished this goal, just in a different way than originally intended. Both boys were home all summer, and I still worked part-time out of the home, so I barely had time to take a shower. It came to a point where I knew I wouldn’t be able to physically involve myself in a service project or mission trip. I can’t wait to do these things when the boys get older, but it’s not time yet.

With that being said, however, I did give back to the community in a way that works for my crazy schedule. I’ve begun blogging more on a local level to promote causes/campaigns I believe in. I blogged and promoted the Uniquely Local Food Crawl which was an awesome campaign promoting small businesses, local farmers, and the farm-to-table philosophy. I’m really excited about the next project I’m promoting. The old prison in our small town is going to be converted into a homeless shelter/halfway house. Our community won the Ty Pennington $50,000 one-day make-over contest. The total project needs much more than $50,ooo, so I am helping to promote this through my blog and social media channels. Stay tuned for a post about the project coming up in the next week. 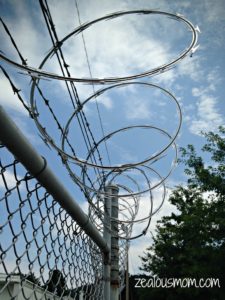 We had a number of other cool summer experiences that weren’t on my Bucket List, but I’ve been writing about those in other posts. This post is only about my bucket list items, and though I didn’t accomplish them all, I am still  happy with what I did do. How did your summer go? Did you achieve some of your own goals? If you didn’t create a Bucket List this summer, I suggest you do it next year. It really does make you think about spending your summer wisely!